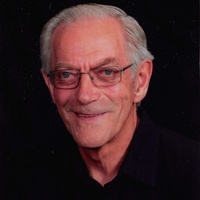 After a hard-fought battle with lung cancer, Bill passed away on February 23rd at the VA Hospital in Fargo, ND, surrounded by his family.

Bill loved spending time with his family, especially his grandchildren, and taking every opportunity to attend their sporting activities and horse shows.  Bill enjoyed working in his shop and outdoors.  He was always willing to lend a helping hand to anyone in need.

Memorial services will be 11:00 am, Saturday, March 3, 2018 at Zion Lutheran Church, Franklin Lake Road, Pelican Rapids, MN with Pastor Dale Pepelnjak and VA Chaplin Obie Madison Jr. officiating.  Visitation will be held for one hour prior to the memorial service.

The Moberg family wishes to thank the VA Hospital and Hospice, the doctors, and the medical staff for their wonderful care and support during Bill’s struggle with lung cancer.