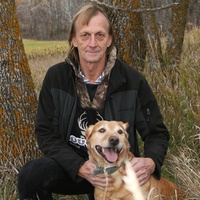 Timothy Scott was born July 2, 1965, in Detroit lakes, MN the son of Michael and Dorothy (Felker) Ross. Tim grew up in rural Dent, MN, graduating from Pelican Rapids High School in 1983. In 1987 he was united in marriage to Kandy Nelson in Perham, MN. In his early years he worked for Jasper Hanson and Vic Satter Construction. He worked for many years at Hexum Buildings in Dent. He worked at Trim-All in Pelican Rapids for a short time, he then spent the next several years working for Ed Lillis at North Country Kitchens and Bath in Detroit Lakes installing kitchens. Tim had a tremendous talent for this kind of work and created many beautiful kitchens throughout the upper Midwest. He then started tending bar at the Dougout in Dent for several years. At the time of his death, he was working for his very good friend, Jerry Shultz.

Tim enjoyed shooting pool, watching NASCAR, and socializing with his friends and family.

He is preceded in death by his parents; brother Steven Ross; uncles Richard and Wallace Longtine, and Clint Felker; Aunt Jeanette Longtine.

Timpadd had many close connections within the community, if you knew Tim and met him, he considered you a “Friend!”

Celebration of Life will be 2 to 5 pm., Saturday, March 19, 2022, at the Dent Senior Citizens Center. The celebration will continue at the Dougout in Dent.

Please keep Tim's family in your thoughts and prayers.

To order memorial trees or send flowers to the family in memory of Timothy Ross, please visit our flower store.