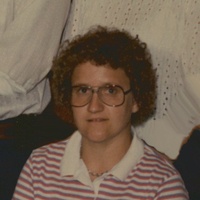 Ruth (Nelson) Hansen, age 68, of Pelican Rapids, MN, died Tuesday, June 1, 2021, at Pelican Valley Senior Living, Pelican Rapids, MN. Ruth Elaine was born on October 25, 1952 in Pelican Rapids, MN, to Neil and Edna (Ness) Nelson. She was one of 13 children. She attended school in Pelican Rapids, MN for 2 years and then moved to the Minnesota School for the Deaf in Faribault, MN from 1962 until her graduation in 1973. She worked at a turkey packing plant from 1973 to 1977. Ruth met her husband Richard Hansen in the fall of 1974 and married him in May 1977. From this union they had one child, Angela Jean. Ruth has one grandson, Cassius. They moved to New Ulm in 1977, and she worked on the assembly line at 3M in Hutchinson, MN from 1979 thru 1982. Ruth was laid off at that time and had not worked since then. She then moved to Sleepy Eye, MN until entering the Pelican Valley Senior Living in 2015. Ruth enjoyed fishing and camping. She also enjoyed watching the Minnesota Vikings and the Minnesota Twins. The deaf community would get together annually to camp and enjoy the outdoors. Ruth is survived by her daughter, Angela Jean Hansen (Louis Morales); grandson, Cassius; brothers: Stan (Carolyn) Nelson, Byron (Patty) Nelson, Glen Nelson, and LeRoy Nelson; sisters: Yvonne Wells, Gail (Randy) Narveson and Lita Nelson; and many nieces and nephews. She is preceded in death by her parents, Neil and Edna, brothers: Duane, Winton, Dennis, and Mark; and one sister, Karen Kubitz. Visitation: Monday, June 7, 2021, from 10:00 a.m. to 11:00 a.m. at Trinity Lutheran Church, Pelican Rapids, MN. Funeral Service: 11:00 a.m., Monday, June 7, 2021, at Trinity Lutheran Church, Pelican Rapids, Minnesota. The funeral service will be videotaped and uploaded at a later time to our website if you are unable to attend the service. Clergy: Allen Westby, S.A.M. Burial: Ringsaker Cemetery, Pelican Rapids, Minnesota Please keep the Hansen and Nelson family in our thoughts and prayers. Ruth's Memorial Folder
To order memorial trees or send flowers to the family in memory of Ruth Elaine Hansen, please visit our flower store.