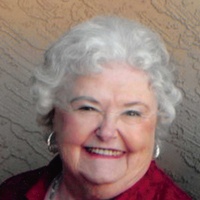 Muriel Nadine Johnsrud at 86 years was called home to her Lord and Savior, August 27, 2020 in Sun City West, AZ. The Lord knew she was very tired after three decades of battling complex health issues. She has now earned her eternal rest. Muriel was born September 14, 1933 in Fargo, the daughter of Myrel and Elva Olson. Her family had roots in the 1880’s at an early ranch in western Dakota Territory. Early in her life her parents moved to Fargo where she graduated high school and went to work for Bell Telephone Company. Muriel married the love of her life Myron Johnsrud on August 2, 1954 in Fargo. In 1959, son Mark came into their lives. He was joined by sister Michelle in 1962. Being a mother was the center of her life in all the years that followed. In the mid 60’s the family moved to Madison WI where they lived very busy lives, She had a daycare in their home to provide support for her family while her husband was earning his doctorate which was the foundation of his career. She and her family lived in Fargo during the 70’s and 80’s. The 1990’s found them in Washington DC where Muriel joined the President’s volunteer staff that handled courtesy mail and did so for three Presidents of the United States. She was requested by the one of the First Ladies to address the President’s Christmas cards to all the heads of state because she very much liked her handwriting. Muriel was an avid reader especially of the American West and the Civil War. She continued to read until her last days. She and Myron traveled to many parts of the country to visit historic sites and marvel at the natural beauty of our country. Muriel was also part of a group of ladies who traveled together. Their first trip they took was to England. Ever since that first trip they called themselves the England girls. It was 1993 that Muriel had her first major health issues. Her strength of body and mind amazed many medical experts. She continued to live a full happy life for almost three decades. Her upbeat, strong can-do attitude was a pace setter for her entire family. Muriel is survived by husband, Myron; son Mark (Maribeth), daughter Michelle, five granddaughters, seven great grandchildren; sister Shirley Gerlitz of Fargo, and brother Lauren of Minneapolis. She is preceded in death by her parents, and brothers Gordon and Duane. In lieu of flowers, please consider funding the continuing enhancement of the Zion Lutheran church landscaping: 24876 Franklin Lake Rd, Pelican Rapids, Mn 56572. The Johnsrud home address is: 13810 Sandridge Drive, Sun City West, AZ 85375. Celebration of Life: 2:00 p.m., Friday, May 21, 2021, at Zion Lutheran Church, 24876 Franklin Lake Rd., Pelican Rapids, Minnesota 56572. Clergy: Pastor Gary R. Garvey Inurnment: Zion Columbarium, Pelican Rapids, Minnesota Muriel's Memorial Folder
To order memorial trees or send flowers to the family in memory of Muriel Johnsrud, please visit our flower store.