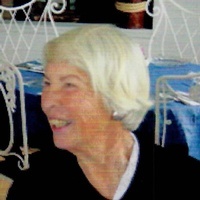 Marian L. Erickson was born December 16, 1918 in Pelican Rapids, MN at the family home. Her parents were Carl George Erickson, born in Valders, WI and Olivia Siggerud, born in Aasness, Norway. Marian was the 6th of 9 children born between 1910 and 1925.  Marian was baptized and confirmed at the Pelican Valley Lutheran Church. As a child growing up in town, she spent a lot of time helping out on the Siggerud farm just 2 miles west of Pelican. Marian graduated from Pelican Rapids High School in 1937. One of her classmates was her older brother, Jens, who had his education delayed by a childhood illness. As of this writing, we only know of one of her classmates still living, Gladys Scott Johnson of Pelican. Marian then moved to Moorhead, MN where she pursued her post-secondary education and started her career. When World War II broke out, Marian moved to Portland, OR to take a job with Kaiser Fraser. The plant she worked in was producing military personnel landing ships for the deployment of troops like those used in the Normandy invasion. The vessels were first launched into the Willamette River where the plant was located. Marian took great pride in the fact she was able to personally launch one of the vessels. At the end of the war, Kaiser Fraser merged with Ford Motor Co. and Marian was transferred to headquarters in Dearborn, MI to run the executive dining room. It was there that she met the love of her life, Victor Kruger. They were married in Bangor, MI on December 11, 1954. Marian followed Victor and supported his career as they moved about the country to locations like Franklin Lakes, NJ and Boston, MA. After Victor retired from a long career at Ford they moved to Skidaway Island near Savannah, GA. As medical needs arose, they found themselves commuting down to Jacksonville, FL to visit the Mayo Clinic there. This prompted their move to Ponte Vedra Beach, FL where they spent the rest of their lives. Victor passed away in August of 2017 and Marian passed away on January 26, 2018. Marian was preceded in death by her parents: Olivia in 1958 and Carl in 1960. She was also preceded by all 8 of her siblings: Harriet, Evelyn, Bill, Tom, Jens, Olive, Bud and Jean. Both Victor and Marian have been cremated and have requested a memorial service in Pelican Rapids at a later date this year. Their final resting place will be the Pelican Valley cemetery, where both of her parents are buried. Long live the memory of Marian and may she rest in peace. Visitation: Saturday, June 16, 2018, from 10:00 a.m. to 11:00 a.m. at Larson Funeral Home, Pelican Rapids, MN. Celebration of Life: 11:00 a.m., Saturday, June 16, 2018, at Larson Funeral Home, Pelican Rapids, Minnesota. Celebrant: David Thompson Interment: Pelican Valley Cemetery, Pelican Rapids, Minnesota   Marian 's Memorial Folder
To order memorial trees or send flowers to the family in memory of Marian L. (Erickson) Kruger, please visit our flower store.