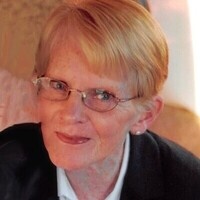 LaVonne “Bonnie” Christianson, age 79, of Pelican Rapids, MN, died peacefully on Tuesday, November 30, 2021, with her family by her side at Riverfront on Main under the care of their staff and Hospice of the Red River Valley.

On April 2, 1960, LaVonne married Jerome Christianson in Sisseton, SD.  Bonnie worked as a legal secretary in Pelican Rapids but devoted her life to raising her five children.

Bonnie enjoyed reading, trivia, crossword puzzles, watching Jeopardy, and attending the many activities of her children and grandchildren.  She was an avid football fan and history buff.  She was very firm and proud of her views and beliefs.  She adored her grandchildren and great-grandchildren and was instrumental in creating the most cherished and beloved memories with and for her family.  She will be dearly missed.

Private family Celebration of Life will be held at a later date and time.

Please keep Bonnie's family in your thoughts and prayers.

To order memorial trees or send flowers to the family in memory of LaVonne "Bonnie" Anita Christianson, please visit our flower store.