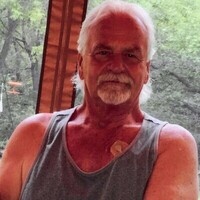 Kelly Anderson, age 68, died peacefully at his home in Pelican Rapids, MN. Funeral services will be 11:00 am, Tuesday, August 17, 2021 at Trinity Lutheran Church in Pelican Rapids, MN and Allen Westby officiating. Military honors will be provided by the Pelican Rapids VFW and American Legion Honor Guard. Burial will be on Wednesday, August 18, 2021 at 10:00 am in the Fargo National Cemetery, Harwood, ND. Visitation will be Monday from 5-8 PM at Larson Funeral Home in Pelican Rapids, MN with a Prayer Service and sharing time at 7:30 PM. Kelly Ray Anderson was born on April 22, 1953 to Edwin Dewey and Irene Lucille (Dahl) Anderson in Moorhead, MN. He was baptized at the Dilworth Presbyterian Church. He grew up and attended school in Dilworth, graduating in 1971. He was a talented athlete throughout high school, playing football, basketball, track, and played baseball. He was also active in the Boy Scouts as he grew up. He went on to play football for a season at Moorhead State University. Kelly then went on to serve his country in the US Navy from 1971 to 1974. He served on an aircraft carrier the Coral Sea outside of Vietnam. He returned home to Minnesota and went to Moorhead Technical College and learned to be a chef. He then went to work on Burlington Northern Railroad for a short time. He married Marsha Amundson and to this union one daughter Carrie was born. He then married Rose Culp and to this union two children Joey and Jamie were born. Kelly worked for American Freight trucking companies in Fargo for a few years and then Central Distributions. He met Alene walking down the beach in Detroit Lakes 36 years ago. After 36 years together, they tied the knot on July 10, 2021. Kelly and Alene started out in Moorhead, eventually Barnesville, Detroit Lakes, and then Pelican Rapids in 1989. They began working at the turkey plant from 1989 to 1998. He then worked for Ballard’s Sanitation until 2018, when he become semi-retired. His sideline has been driving and delivering cars for Nelson Ford in Fergus Falls. He was active in the VFW and served as chaplain, the honor guard, and color guard over the years. He enjoyed playing cards, including pinocle and whist. He was an All American Athlete growing up in Dilworth, MN. His favorite spot was in the back forty of his yard drinking beer and feeding the animals. He was the biggest Minnesota Twins and Vikings Fan and Kelly hasn’t missed watching a Vikings game since 1972. During his youth he spent lots of time hunting with his brothers. He is survived by his wife Alene of Pelican Rapids, three children: Carrie (Steven) Perry of Winder, GA, Joey Anderson of Moorhead, Jamie (Jacob) Neisen of Minnetonka, MN, step daughter Heather Stagner of Pelican Rapids, MN, grandchildren: Madalynne Perry, Bajory Lustberg, Bayley and Brystal Anderson, Austin and Aiden Neisen, Rianna Stevenson, Emily Huddleston, siblings: Karen (Robert) Jackman of Ottertail, MN, Keith Anderson of Fargo, ND, Kevin (Susie) Anderson, of Dilworth, MN, and many nieces and nephews, other relatives and friends. He was preceded in death by his parents Edwin and Irene Anderson. Please keep the Anderson family in your thoughts and prayers. Kelly's Memorial Folder
To order memorial trees or send flowers to the family in memory of Kelly Ray Anderson, please visit our flower store.