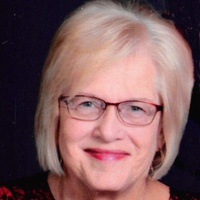 Julie Pochardt, 77, a resident of Lake Lida, near Pelican Rapids, Minnesota died on July 31, 2020 at Oak Crossing in Detroit Lakes, Minnesota. Julie Ann was born June 29, 1943, the daughter of Merwin and Amy (Lundhagen) Solberg in Fergus Falls, Minnesota. She was baptized in Elbow Lake and confirmed in Starbuck, Minnesota. In 1961 Julie graduated from Starbuck High School in Starbuck, Minnesota. Then she attended University of Minnesota Morris and graduated with a Bachelor Degree in Social Work. On October 9, 1964, Julie was united in marriage with Robert “Bob” Pochardt in Starbuck. In 1965 Julie and Bob had their son, Bryan. They moved to Bismarck, North Dakota where they lived for a short period of time. Julie and Bob moved to Fergus Falls where they lived for ten years, during that time she was employed with Reuben Klein Motors. In 1977, they moved to the Minneapolis area, and Julie started to work at the U.S. Postal Service. In 1981, Julie and Bob moved to St. Cloud where she also worked at the post office, retiring in 2003. In 2007, they made Lake Lida their permanent residence. Julie and Bob would spend several months in Arizona every winter. They enjoyed traveling, one special place was the Hawaiian Islands where they made 5 trips. Julie loved living on the lake, socializing with others, making new friends, and going on spontaneous outings. She also enjoyed snowmobiling and fishing. Julie is survived by her husband Bob, Pelican Rapids; son Bryan (Diane) Pochardt, Fargo, ND; grandson Weston; granddaughter Kiara (Shane) Tuchscherer; mother-in-law Eleanor; brothers-in-law: Jack (Barbara) and Don (Cori); sister-in-law Deb (Gary) Hanson; and numerous nieces and nephews. She is preceded in death by her parents; infant son; and father-in-law Ludwig. Visitation will be Tuesday, August 4, 2020, from 12:00 p.m. to 2:00 p.m. with Funeral Service at 2:00 p.m., at Larson Funeral Home, Pelican Rapids, Minnesota with Allen Westby, (SAM) officiating. Burial will be at Pelican Valley Cemetery, Pelican Rapids, Minnesota. Per Governor’s Executive Order, Face Coverings are Required. Julie's Memorial Folder
To order memorial trees or send flowers to the family in memory of Julie Pochardt, please visit our flower store.