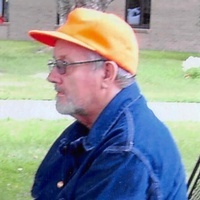 Joel D. Johnson, 74, a resident of Barnesville, formerly of Lake Lizzie, Pelican Rapids died on Saturday, August 05, 2017 at the Valley Care and Rehab in Barnesville. Joel Dean Johnson was born January 26, 1943 near Pelican Rapids to Joseph and Agnes (Anderson) Johnson. He was baptized and confirmed at the Bethel Church in Pelican Rapids. Joel attended school in Dunn Township and later at Pelican Rapids High School. He drove truck for Evenson Trucking for many years. He later worked road maintenance at several townships and also helped local farmers hauling potatoes and beets. Joel enjoyed having coffee in the mornings at the round table at the Cornfield Café in Dunvilla. He also enjoyed deer hunting in the fall. Joel is survived by numerous cousins and friends. He is preceded in death by his parents. "Special thanks to the staff at Valley Care & Rehab".   Memorial Gathering: Friday, August 11, 2017, from 9:00 a.m. to 10:00 a.m. at Larson Funeral Home, Pelican Rapids, MN. Funeral Service: 10:00 a.m., Friday, August 11, 2017, at Larson Funeral Home with Pastor Scott Block officiating. Joel's Memorial Folder
To order memorial trees or send flowers to the family in memory of Joel D. Johnson, please visit our flower store.