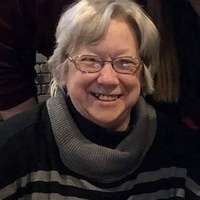 Visitation will be from 5-7 pm, with a Prayer Service at 7:00 PM on Monday, January 13, 2020 at Larson Funeral Home, Pelican Rapids, MN. Visitation resumes one hour prior to the service at the church.

Jean Nelson was born on May 29, 1944 to Almer Peter and Mabel Beatrice (Rice) Nelson in Pelican Rapids, MN. As a young girl she attended country school and moved on to school in Pelican Rapids where she graduated in 1962. She married Jon Erickson and to this union two children were born, Roxie and Brett. They lived in several places across South and North Dakota including Deadwood, Minot, and settled in Fargo in the mid 1960’s. During this time, Jean worked three jobs as a single mother to support her family, including at Blue Cross Blue Shield. This is where she met a near and dear friend Gail (Holmen) Satter.

Jean was united in marriage to the love of her life Les Satter on January 28, 1977 at his brother, David and Joann’s home in Dent, MN. They made their home near Pelican Rapids, before buying the Nelson Family Farm in Lida Township, near the entrance to Maplewood State Park. This union added another son to the family, Derek. Jean and Les farmed until 1995. Jean and Gail owned a clothing store in Pelican Rapids know as G&J’s. She also worked at Ace Hardware for a time before becoming the office manager at the Farmers Coop in town from 1991-2008. Following her retirement from the Coop, Jean and Derek opened the Crossroads Restaurant in Pelican Rapids, which they ran for seven years. She loved her daily interactions with the patrons. Jean continued working in the restaurant business at the Powerhouse in Rothsay and Foxhome, where she helped with bookwork and food prep until 2014. She then began working at the Good Samaritan Center in Pelican, where she helped the residents and worked in the kitchen.

Jean was a caregiver all her life. She would cook and share her food with many a family and friends. She was proud of her Pelican Rapids Community and lent a hand with fund raisers and benefits for those in need. The Minnesota Vikings were a passion of hers, and she loved the bonding that came with watching them play. Jean also enjoyed crafting, especially with her daughter Roxie, and she designed many baskets and wreaths. Les died in 2007. Following this, she took in her 4-legged companion Sophie, which meant the world to her. She was proud of her family and shared her immersed love for them.

Please keep her family in your prayers as they prepare to honor Jean's life. Jean's Memorial Folder
To order memorial trees or send flowers to the family in memory of Jean Satter, please visit our flower store.