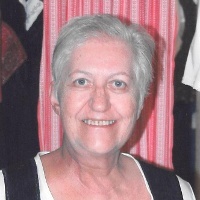 Hannelore Berta Maria (Palzer) Toftely passed away August 9, 2019 at her home on Lake Lida, Pelican Rapids, Minnesota. Hannelore was born February 27, 1941 in Brno, Moravia now in the Czech Republic, but then part of Germany. As a child of three, her mother took Hannelore and her brother and escaped from Czechoslovakia to Germany ahead of the Soviet Army. As a refugee, she grew up in Bavaria, West Germany. After completing her German education, she became a nanny in London for several years in order to learn English. She returned to Germany and worked for the US Army for a time. After this, she then enrolled in the University of Barcelona to learn Spanish. While on Christmas vacation, she returned to Germany and met her future husband, Gary Toftely, who was in the US Army stationed in her home town of Mannheim. Gary and Hannelore were married in Germany on October 7, 1964. Not long after honeymooning in Germany and Austria, they moved to the USA, and lived in Butte, Montana for a few months. Gary accepted a position in the Defense Department and they moved to Fairfax, Virginia. Hannelore obtained a GED and enrolled in college studying Architecture for several years. In 1985, Gary volunteered for reassignment to the Twin Cities Defense Contract Management Area office. They moved to Prior Lake, MN and lived there until Gary retired from the Civil Service in 1998. In 2001, they fulfilled a life-long goal of building a house on Lake Lida, near Pelican Rapids, MN. Hannelore was very active in the First Congregational Church in Pelican Rapids, staging an annual Christmas Pageant for several years, teaching Sunday School, and serving in the Ladies Aid and participating in other various church activities. She also enjoyed being a part of Friends of the Pelican Rapids Library. Hannelore and Gary traveled throughout Europe and North America, visiting over twenty countries and nearly all the states of the US, making a number of trips over the years. Hannelore loved living on the lake. She did a lot of gardening, especially beautiful flowers surrounding the house. She also was interested in various crafts, weaving, knitting and sewing. She made Christmas wreaths, toys for the grandchildren and other craft projects. She especially liked to play rummy-tile and watch Wheel of Fortune. Hannelore is survived by her husband, Gary and their three children: Nora (Darrin Loken) Toftely-Loken, Las Cruces, NM; Thrond (Michelle) Toftely, Eden Prairie, MN; and Thorstein (Gina) Toftely, St. Louis Park, MN; and six grandchildren: Nathaniel Loken, Nicholas, Allison, Quinn, Chloe and Ada Toftely. She is also survived by her brother, Friedrich Palzer, Schauerheim, Germany; and many nieces and nephews in the US and Europe. She was preceded in death by her parents, Emma (Schmid) and Friedrich Palzer, and an infant sister. Visitation: Saturday, August 17, 2019, from 1:00 p.m. to 2:00 p.m. at First Congregational Church, Pelican Rapids, MN. Memorial Service: 2:00 p.m., Saturday, August 17, 2019, at First Congregational Church, Pelican Rapids, Minnesota. Clergy: Pastor Rob Sandstrom Interment: Lake View Cemetery, Pelican Rapids, Minnesota Please keep the Toftely family in your thoughts and prayers. Hannelore's Memorial Folder
To order memorial trees or send flowers to the family in memory of Hannelore Toftely, please visit our flower store.