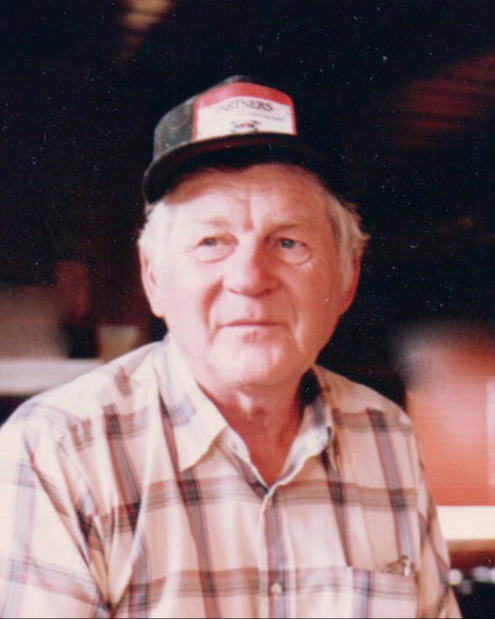 Elroy Donald Hexum was born on July 11, 1933, to Thoralf and Irene (Sateren) Hexum in Fergus Falls, MN.  Elroy grew up near Long Lake by Erhard, MN.  He attended and graduated from Pelican Rapids High School.  After graduating, Elroy attended and graduated from the University of Minnesota College of Veterinary Medicine, St. Paul, MN in 1957. Elroy moved back to Pelican Rapids where he became partners with Dick Lyon. He worked as a veterinarian for more than 40 years. Elroy was united in marriage to Rosetta Senn at Trinity Lutheran Church in Pelican Rapids, MN on September 18th, 1954.  Rosetta Hexum passed away on March 10, 2014.

To help pay for college Elroy played his accordion on streets, bars, and dance halls. Elroy was involved with the Minnesota Veterinary Medical Association, and he also played the accordion at the annual conventions. He was a member of Alpha Gamma Rho Fraternity and the American Veterinary Medical Association.  He also was a former member of the Pelican Rapids City Council. He was active in the Trinity Lutheran Church, Pelican Lions, Pelican Rapids Masons and the Pelican Rapids Fire Department. Elroy enjoyed hunting, fishing, gardening, bowling, and golf.  He was a devoted Pelican Rapids High School sports fan.

Elroy is preceded in death by his wife Rosetta, sister Eileen (Norval) Wilson and niece Kathy Wilson (Tangen). Also preceding him in death were brothers and sister in laws, Willis Mavis, Loretta Welch, Joann and Alwin Spencer, Patricia and Jerry Sheldon and Clifford and Ila Senn.

To order memorial trees or send flowers to the family in memory of Elroy Hexum, please visit our flower store.