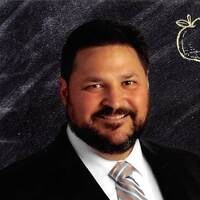 As a result of current restrictions on gatherings, we are providing HeartStrings, our online sympathy message where you can upload a photo and write a note or share a memory that will be printed and given to the family. Please click here to send your support. There will be a live stream of Ed's Celebration of Life Service starting at 11:00 a.m. on Thursday, April 16, 2020 with Allen Westby, S.A.M. officiating. To view the service, on this page, scroll to the bottom and click on Live Stream, the service will begin at 11:00 a.m. The funeral service will also be uploaded to our website, if you are unable to attend the live stream. At 1:00 p.m. there will be a processional that you are invited to show your support by parking at Chauncey Martin Field, Viking Elementary or Viking High School Parking Lots. The family will process through the parking lots. To protect the health and safety of all, services are currently being limited as required by state and local authorities and the CDC. Expressions of sympathy during this time can be left on the condolences page available with the obituary on our website. Please mail memorial cards to Larson Funeral Home, P.O. Box 327, Pelican Rapids, MN 56572. Dr. Edwin Rollin Richardson Jr., age 52, a resident of Pelican Rapids, Minnesota, died Wednesday, April 8, 2020 at his residence. Dr. Edwin R. Richardson was born to Kathy and Ed Richardson in St. Paul, MN, on April 1, 1968. He was the oldest of three boys. He was loved deeply by his parents and brothers. As a child, he had an inquisitive mind and was very active. His mother tells a story of Ed (Eddie) as a very small child taking off down the road on his Big Wheel; as she called him to come back, he looked at her over his shoulder and then kept right on going. Motion. Ed was in motion all of the time both intellectually and physically. The family came to Pelican Rapids, MN, in 1983. Pelican Rapids is Ed’s chosen hometown. It is where he played football and baseball, wrestled, and developed lifelong beautiful friendships with Curt Strom and Karl Olson. Ed loved his country; he served in the army ROTC in high school and later joined the Airforce. He was stationed at Fort Weathersby in England. It was in England that he met his first wife, Mel. Ed and Mel returned to the United states where Ed got his teaching degree from St. Thomas University. Ed knew education changed lives, and he was dedicated to children and positioning children to become the best versions of themselves. He was a teacher in England and eventually a Deputy Head. With Mel, he had 2 beautiful children, Isaac and Caitlin. In 2002, Ed returned to the United States after living in England for 10 years. It was then that Ed met Kim Korth. Ed and Kim married in 2003 and moved to Yuma, AZ, where Ed was a teacher, literacy coordinator, and assistant principal. He was also a principal in Yuma, AZ and Kansas City, Missouri. He returned to school and got his master’s and doctorate in education from Northern Arizona University. His passion for education was a driving force in his life. Together, Ed and Kim had Kayla Nadine in 2006. Ed was a wonderful father to Kayla and was Kim’s best friend, partner in crime, and greatest love. In 2014, Ed, Kim, and Kayla moved to Pelican Rapids, MN, when an elementary school principal position became available. The opportunity to raise Kayla in his hometown was a blessing. Ed was the principal at THE Viking Elementary School until 2019 when he became Superintendent of THE Pelican Rapids School District. It was Ed’s dream job and a culmination of his lifelong pursuit of changing kids’ lives through education. Ed loved Pelican Rapids, living on the lake, golfing, his children, his brothers, parents, and Kim. Ed is preceeded in death by his father, Edwin; his brother, Jeff; his son, Isaac; and Isaac’s mother, Mel. He is remembered lovingly by his wife, Kim; his daughters, Kayla and Caitlin; his mother, Kathy Richardson; his brother, Mark Richardson (Sarah); and his sister-in-law, Syneva Richardson. He is in fact remembered lovingly by everyone who knew him, including many aunts, uncles, nieces, nephews, in-laws, cousins, friends and acquaintances. He impacted every life he touched and was loved by many. Please keep the Richardson family in your thoughts and prayers. To Watch Ed's Celebration of Life Service Clink Link Below Celebration of Life Service Front of Dr. Edwin's Memorial Folder Inside of Dr. Edwin's Memorial Folder
To order memorial trees or send flowers to the family in memory of Dr. Edwin Richardson, please visit our flower store.