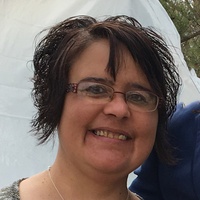 Dixie Lynn Smith, age 42, of Vergas, MN, passed away peacefully the morning of Wednesday, September 25, 2019, in her home. Dixie Lynn was born March 16,1977 at Lake Region Hospital, Fergus Falls, MN, to Richard and Marlene (Olson) Smith. Dixie was baptized and confirmed at Faith Lutheran Church, Pelican Rapids, MN. She was raised and attended school in Pelican Rapids. In February 1992, she met Zac Carlson and they became lifetime sweethearts. Together they welcomed two wonderful boys which were her pride and joy. She waitressed at various jobs in Detroit Lakes, MN, and working at the Detroit Lakes High School in the lunchroom was one of her most beloved. Her joy of working in the food industry wasn’t about the food itself, but the people. Dixie enjoyed spending time with her family to the fullest, visiting her mother’s family in Watertown, SD, and taking her boys Wyatt and Nathan out to eat and enjoying the outdoors. She spent holidays that she could with her mother, and her family at her home in Pelican Rapids; in celebration of birthdays and anything of the sort. She loved to go fishing with her best friend, Bobbi Jo, and spend time with Bobbi’s children, Kadin and Kain. She spent her days working various jobs to make ends meet, listening to music, and dedicating her free time to Zac and her children. Dixie’s family, friends, and the relationships she had with them, were of the utmost importance to her. Dixie is survived by her lifetime love Zac Carlson, Vergas, MN; her sons: Wyatt (Josie Retz) Carlson and Nathan Carlson, Vergas, MN; sisters: Marlette (Kelly) Youngs; Danita (Jim) Matykiewicz; nieces: Candice (B.J. Gholson) Henjum, Latessa and Ashlea Matykiewicz, Lillian, Emily, and Janaya Carlson, Kylie VanCleef; nephews: Eric (Alicia) Henjum, Kendric (Elyssa) Henjum, Alex Carlson, Elijah Carlson; great-nieces: Isabella, Marcyann, Alexandra; great-nephews: Richard, Dexter,Thorin, William; aunts: Rozann (Terry) Corbin, and Valerie (Randy) Jensen; father and mother-in-law: John (Sheryl) Carlson, Vergas, MN; brothers-in-law: Stacy and Joshua Carlson. Along with her surviving relatives, Dixie is survived by countless friends. She is preceded in death by her parents and grandparents. Celebration Service will be held Saturday October 12th, 2019, at Faith Lutheran Church at 11:00am (Remembrance at 10:00 a.m.) in Pelican Rapids, Minnesota. Burial will take place at Ringsaker Cemetery, Pelican Rapids Please keep the Smith and Carlson family in your thoughts and prayers.   Dixie's Memorial Folder
To order memorial trees or send flowers to the family in memory of Dixie Lynn Smith, please visit our flower store.