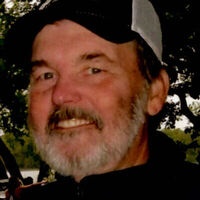 Curtis Wayne was born September 30, 1947, to Vincent and LaVerne (Olson) Lodin in Pelican Rapids, MN.  Curtis was confirmed at Faith Lutheran Church in Pelican Rapids.  He graduated from Pelican Rapids High School in 1965.  He lived in Santa Maria, CA for a short time, then was drafted into the U.S. Army, serving in Fort Sill, Oklahoma and Korea.

On August 21, 1976, Curtis married Ellen Wilcox at Faith Lutheran Church in Pelican Rapids.  After his military service he worked at Red Owl Warehouse in Fargo, ND for 19 years, when the warehouse was closed.  Curtis then worked at the Eagles Club in Fargo, ND, Pier Construction in Ottertail, MN, and Cole Paper in Fargo, ND.  Curtis then went to Central Lakes College in Staples, MN, where he received an Associate Degree in Printing.  He worked at Perham Printing in Perham, MN until his retirement in 2009.

He was a current member of the United Methodist Church in Dent, a former member of Faith Lutheran Church in Pelican Rapids and Christ the King Lutheran Church in Moorhead. He was a member of the Pelican Rapids V.F.W. Post #5252 and American Legion Post #17. Curtis enjoyed visiting with people.  He made many friends in the 18 years spending weekends at Ebert’s Resort on Star Lake, and 6 winters in Lake Havasu, AZ. Curtis enjoyed bowling, golfing, camping, and playing pool especially with “The Pool-Hall Gang”. He also enjoyed fishing and hanging out on the pontoon or with friends.

Please keep Curtis' family in your thoughts and prayers. 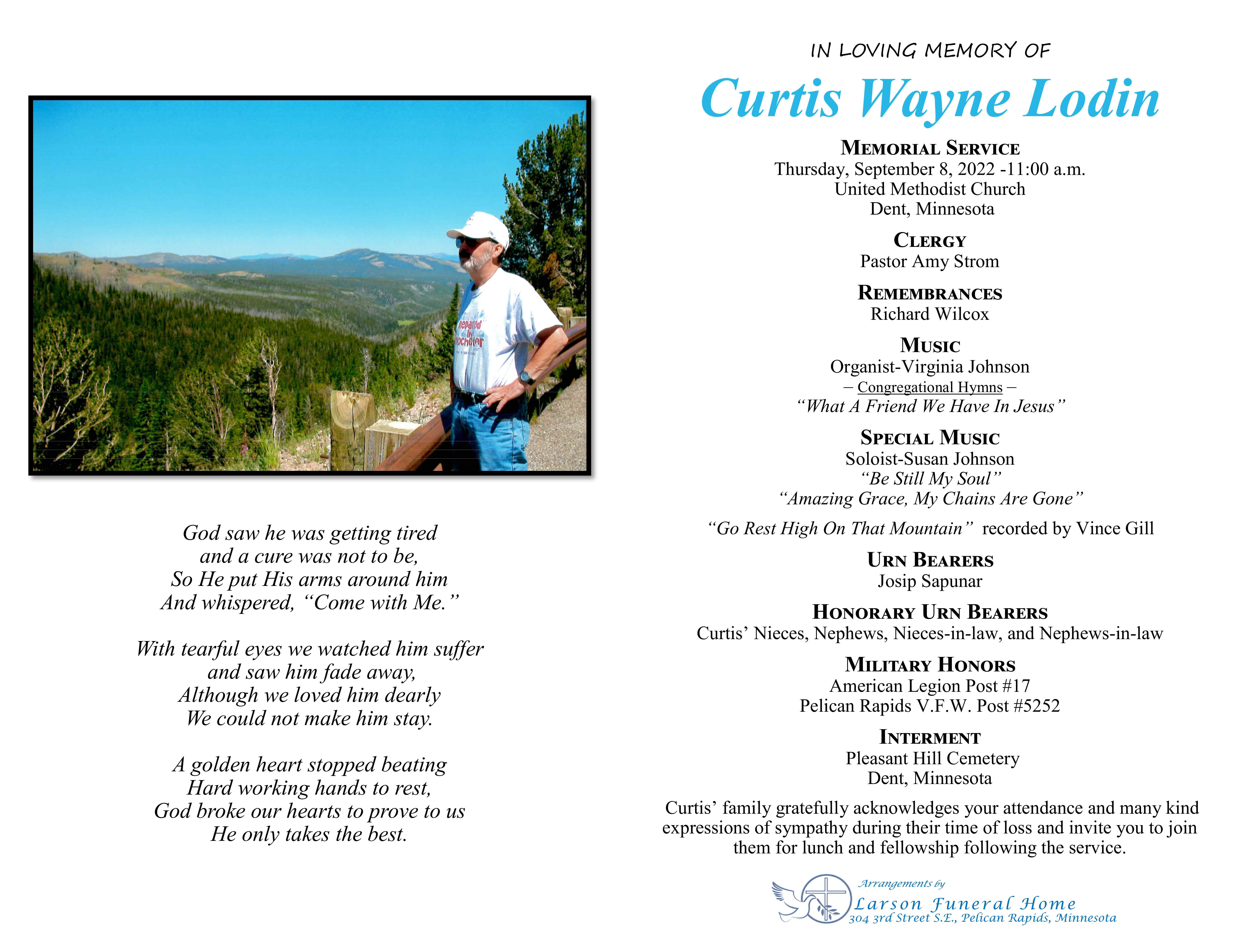 To order memorial trees or send flowers to the family in memory of Curtis Wayne Lodin, please visit our flower store.