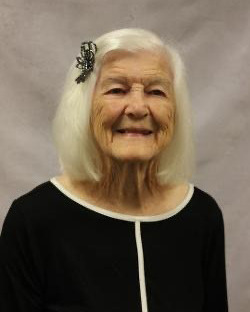 Carolyn Ardis Hill was born on August 16, 1922, to Marvin and Louise (Tjostem) Hill in Veblen, South Dakota. After graduating from Veblen High School in 1940, she went on to earn her teaching certificate from Aberdeen Normal School, teaching in a one-room schoolhouse in Roberts County, South Dakota.

In 1944, Carolyn married Vernon Borgen, following his discharge from the Naval Air Corps. They had two children, Van, and Diane. During Vernon’s career with the Allis Chalmers Corporation, they moved often. Carolyn was an active member of her church and community in each place that she called home.

An exceptional seamstress, Carolyn also enjoyed quilting, knitting, genealogy studies, travel, and Bridge. She chaired the Zion Church centennial committee. Having studied the Norwegian language, she also translated Cormorant Lutheran Church’s records from Norwegian to English. She was a founding member of the Cormorant Area Art Club. Her creativity and playful sense-of-humor live on in the books she wrote for her great grandchildren.

Proud of her heritage, Carolyn was 100% Norwegian and studied rosemaling in Norway at Rauland Akadamiet in the Telemark area and continued her rosemaling studies in Decorah, Iowa. She established her own rosemaling studio, taught classes and rosemaled thousands of pieces, including almost 1200 trunks.

Although admired for her rosemaling, she was even more admired for her love, grace, kindness, and delightful sense of humor. Carolyn was nominated for the Minnesota Spirit of Aging Award. We will honor the hope, the passion, and the energy she brought into this world.

It was Carolyn’s request that memorials be sent to Minnesota Services for the Blind (2200 University Ave W, #240 Saint Paul, MN 55114-1840) and Zion Lutheran Church on Franklin Lake.

She was preceded in death by her parents, husbands, son, brother John (Marilyn) Hill, and sisters Margery (Bob) Rocknem and Ruth (Lew) Bleich.

To order memorial trees or send flowers to the family in memory of Carolyn Ardis Borgen Heintz, please visit our flower store. 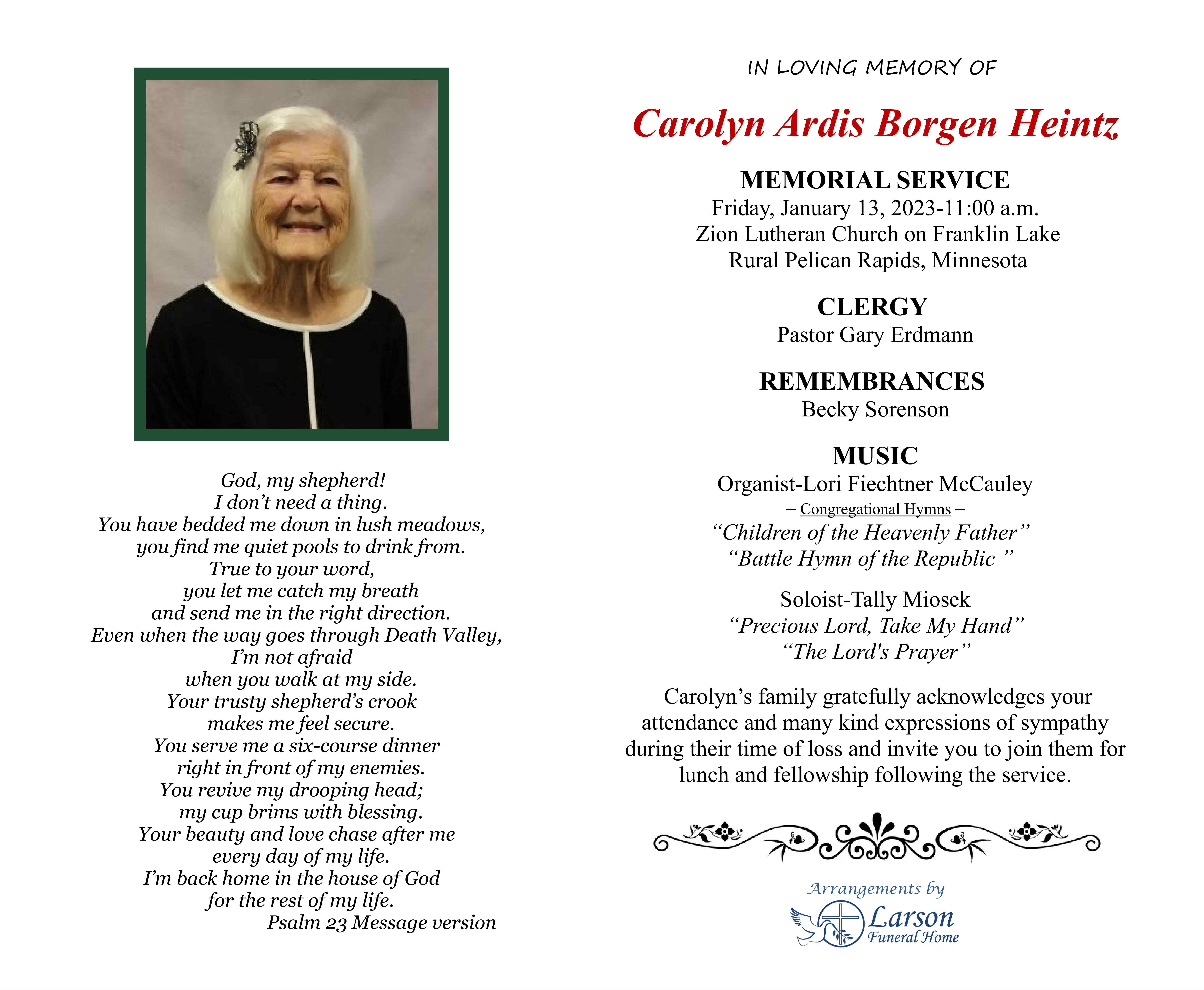