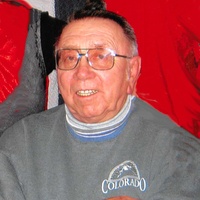 Carl Zick, 84, of Pelican Rapids, MN, died Thursday, July 1, 2021 at the Pelican Valley Senior Living with his family by his side. Carl Henry was born April 12, 1937, in Sheldon, ND at a mid-wife house to Victor and Emma (Brandenberg) Zick. His dad always said all the kids were born on a pony ranch. He attended school in Chaffee. He worked for Jenson Road Construction, Demco and Air National Guard where he was Honorably Discharged. He married his wife Patricia Ann Hauger on June 1st, 1963. After getting married he was one of ten people to start Steiger Tractor and worked his way to the top. After moving to Pelican Rapids MN, he worked road construction and farmed. His farm was located next to Maplewood State Park where he raised corn and the great American Hay Bale. He started Carl H Zick and Sons construction and helped with other construction companies around the area Don Schroeder Construction and Randy Arntson Construction before retiring. Carl enjoyed many different hobbies such as woodworking, mowing, and making the best potato pancakes ever. He loved hanging out and spending time with his grandchildren, Nathan, Kirsten, Logan, Bailee and Harleigh, which he referred to as his Beautiful girls. Carl is survived by his wife Pat; children: Mike (Lori) Zick, Kevin (Carla) Zick, and Jon Zick; 10 grandchildren: Logan, Bailee and Harleigh Chapin, Stephanie (Kollin) Vandersluis, Tara (Jon) Korf, TyRell (Renee) Odell, Janell (Brady) Dill, Nathan and Kirsten Zick and Kevan Miller and 6 great grandchildren; one brother and two sisters, and many nieces and nephews. He preceded in death by his parents, Victor and Emma, and his sister Ardell. Along with Lester and Petie Hauger. Visitation: Tuesday, July 6, 2021, from 5:00 p.m. to 7:00 p.m. at Larson Funeral Home, Pelican Rapids, MN. Visitation will continue one hour prior to the service at the church. Service: 10:00 a.m., Wednesday, July 7, 2021, at Trinity Lutheran Church, Pelican Rapids, Minnesota. There will be a live stream of Carl's Memorial Service, scroll down to the bottom, and the service will begin at 10:00 a.m. The memorial service will also be uploaded at a later time to our website if you are unable to attend the live stream. Interment: Ringsaker Cemetery, Pelican Rapids, Minnesota. Clergy: Pastor Eric Schwirian and Allen Westby, S.A.M. Please keep the Zick family in our thoughts and prayers. Carl's Memorial Folder
To order memorial trees or send flowers to the family in memory of Carl Henry Zick, please visit our flower store.