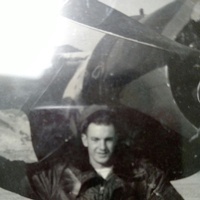 Alfred “Bud” George Maahs, 86, of Moorhead, MN, passed away Monday, March 25, 2019, at Villa Maria in Fargo, North Dakota. He left this world to be with his Lord and Savior Christ, and other loved ones in God’s glorious kingdom of heaven. Alfred George Maahs was born March 17, 1933, the son of Ernest and Alva (West) Maahs. Bud grew up near Nashua, MN and graduated from Fergus Falls High School in 1951. In 1952 Bud enlisted in the United States Air Force. On May 15, 1954 he was wed to Shirley Baker in Cook, MN.  Alfred served for over 21 years in the United States Air Force retiring as a Senior Master Sergeant.  During his military career he served during the Korean and Vietnam Wars as an aircraft mechanic carrying out numerous covert missions. After retiring from the Air Force Bud worked at Lorillard Tobacco Company in Louisiana.  From 1975 to 1986 Bud and Shirley owned and operated Bud’s Mobil in Erhard. From 1987 to 1991 they lived on Tonseth Lake near Erhard. Bud worked in the parts department at Minnesota Motors, Quality Auto, and Farnam’s Napa, all in Fergus Falls, MN. He also was an auctioneer for estate and consignment auctions. He enjoyed flower gardening, traveling, bass fishing, and playing Texas hold‘em. Bud made over 400 wooden crosses and each one of them had a different story. Although Bud’s greatest joy was spending time with his grandchildren and great-grandchildren. Bud is survived by his six daughters: Vickey Johnson, Cindey Collins, Wendey (Kevin) Soberg, Shelley Gilbert (Gary Brekkestran), Mickey (Allen) Haarstad, Kelley (Clint) Glaser, 10 grandchildren; 14 great-grandchildren; and sister Delores Friedrich. He is preceded in death by his wife, Shirley; two sons-in-law: Bradley Gilbert and Joel Johnson. Memorials preferred to Fargo V.F.W. Post #7564. Visitation: Monday, April 1, 2019, from 9:00 a.m. – 10:00 a.m. at Larson Funeral Home, Pelican Rapids, Minnesota. Service: 10:00 a.m. – Monday, April 1, 2019 at Larson Funeral Home. Clergy: Pastor Dale Pepelnjak Please keep the Maahs family in your thoughts and prayers. Alfred "Bud"'s Memorial Folder
To order memorial trees or send flowers to the family in memory of Alfred "Bud" George Maahs, please visit our flower store.